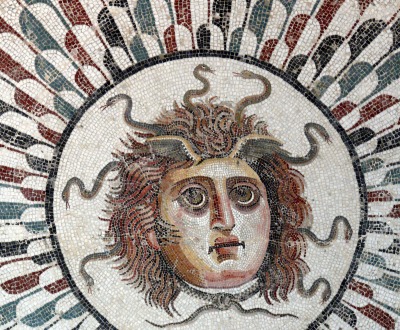 GORGIAS: “When I say there’s nothing better, Socrates, that is no more than the truth. It is responsible for personal freedom and enables an individual to gain political power in his community.”

GORGIAS: “I’m talking about using the spoken word to persuade – to persuade the jurors in the courts, the members of the Council, the citizens attending the Assembly – in short, to win over any and every form of public meeting of the citizen body. Armed with this ability, in fact, the doctor would be your slave, the trainer would be yours to command, and that businessman would turn out to be making money not for himself, but for someone else – for you, with your ability to speak and persuade the masses.”

In 1928 the liberal government under William Lyon Mackenzie King recommended a Royal Commission on Radio Broadcasting in Canada. The final report of the Aird Commission would eventually lead to the establishment of a Crown corporation to operate national radio broadcasting in Canada: The Canadian Broadcast Corporation (CBC). The CBC was formally established under the conservative government of R.E. Bennett in 1936. The reason I am recalling the Aird Commission report nearly a century later, is that several of the concerns put forward by the commission remain with us today, albeit in a far more complex, and frankly, dangerous form.

The commission was concerned that Canadian radio waves would be dominated by American radio broadcasters, and as a result, there would be a “tendency to mould the minds of the young people in the home to ideals and opinions that are not Canadian.” More or less, the Aird Commission was concerned that American media would colonize the Canadian mind. I’ll leave it to the reader to discern whether or not the concern was justified.

Of greater importance for us today, was the commission’s concern that the manner in which privately owned media companies generated revenue (at that time advertising), would unduly influence the content of the service that would be provided to the consumer. Private enterprise operates in order to make a profit, so the basic questions that need to be asked are: How are private media corporations generating revenue? And how does their source of revenue influence the service they provide?

Fast forward almost a century, and we find the concerns expressed by the Aird commission have been magnified a hundred fold. While traditional radio broadcasters generated revenue primarily from advertisement, the source of revenue for social media giants like Facebook, Twitter, and Reddit is driven by their ability to collect reliable data from the population who use their services. This means the everyday person who uses social media to share photos, connect virtually with friends and family, and share ideas, is not a customer of the social media platform in the traditional sense of the word, we are the product.

In Reset: Reclaiming the Internet for Civil Society, one of this year’s CBC Massey Lectures, Ron Deibert explains that the multi-billion dollar social media industry generates revenue by collecting data for the use of predictive signalling and behaviour modification in an effort to predict and control markets. Deibert calls this 21st century internet industry ‘surveillance capitalism’. In referring to surveillance capitalism I don’t mean to strike fear in the reader or conjure up Orwellian images of a hyper controlled society under constant surveillance by the state. The purpose of surveillance capitalism isn’t to fulfill a narcissistic fetish for domination and control for its own sake, surveillance capitalism has a clear purpose, and it is determined by the conditions of late stage industrial capitalism.

There is nothing new to the idea that the most important part of a commodity based industry is to have the capacity to predict and control the market. Canadian political economist Kari Levitt made this explicitly clear in her tract for the times, Silent Surrender: The Multinational Corporation in Canada. Levitt explains that the ability to effectively control and predict market demand allows for the highest degree of efficiency in procuring the supply of raw material and labour for production and distribution. In other words, organization and efficiency determines whether a corporation survives or perishes. Levitt writes:

“Contrary to the postulates of economic doctrine, it follows that the initiative in deciding what is produced comes not from the sovereign consumer who issues instructions to the market which bends the productive mechanism to his will, but rather from the great producing organization which reaches forward to control the markets that it presumes to serve. In this process, it is the corporation that bends the consumer to its needs, and in so doing deeply influences his values and beliefs.”

Thus, as early as 1970, it was becoming clear that there was a growing demand for a market consisting of personal information that could be used for the purposes of predictive signalling and behaviour modification. A far cry from the ideal of a virtual public square where ideas are exchanged, and some degree of a common life is shared between friends and family, social media giants use their platform to collect data that is essential for corporate survival.

The situation appears even more dire when the utility of social media for achieving political ends is taken into account. For example, NYU professor of philosophy, Tamsin Shaw, reveals that one of the findings of the Cambridge Analytica investigation was that of the five personality traits described by the OCEAN model of personality (openness, consciousness, extraversion, agreeableness, and neuroticism), the final personality trait is especially exploitable. In other words, by targeting the emotion of fear, behaviour can be easily predicted and modified. One need not look further than the inflammatory rhetoric used by politicians, political parties, and advocacy groups, to understand how effective they can be in targeting neuroticism in order to inculcate belief in the masses for the purposes of achieving their political ends.

Of course, the problem of using rhetorical language for political ends is not new to western civilization. In Plato’s Gorgias, Socrates argues against the use of a form of rhetoric that has no regard for the truth but aims at establishing conviction in crowds of non-experts for the purpose of political power. The name Gorgias is derived from the ancient Greek myth of the Gorgan (monstrous creatures who would turn anyone who beheld their gaze into stone), so it is quite clear what Plato thought of this school of sophistry. Today, the insights of behavioral psychology combined with mountains of analytics have transformed the monster depicted in Plato’s dialogue into something even more grim, fierce, and terrible than it has ever been (I’m only unintentionally targeting the fear of the reader).

I do not feel myself in a position to recommend how the Canadian government should respond to the reality of surveillance capitalism, except to say, to do nothing cannot be the answer. Therefore, as we did nearly a century ago, I think the Canadian government should establish a Royal Commission on the Role of Social Media in Canada in the 21st century.

GORGIAS: “When I say there’s nothing better, Socrates, that is no more than the truth. It is responsible for personal freedom and enables an individual to gain political power in his community.”  SOCRATES: “Yes, but what is it?” GORGIAS: “I’m talking about using the spoken word to persuade – to persuade the jurors in the…

No comments to show.